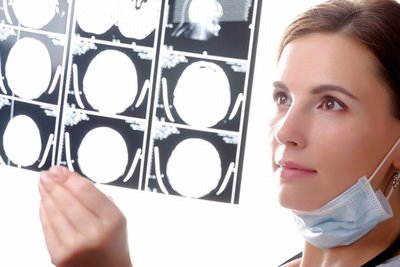 A 10 year old girl in Germany was born missing the right side of her brain, however; doctors were baffled by her ability to still see perfectly out of both eyes. This right side of the brain controls the vision in the left eye. In most cases, patients whose right brain is removed no longer have clear vision in their left eyes. The girl underwent an MRI brain scan so doctors could understand this anomaly. The MRI showed that the retinal nerve in the brain which normally provides vision information to the right eye simply altered itself to also accommodate the left eye as well. Doctors were amazed at the brain's ability to compensate for the missing portion of the brain while she was in the womb. Besides a slight weakness in her left side, the girl leads a perfectly normal life. Doctors were quoted in BBC news as saying, "Despite lacking one hemisphere, the girl has normal psychological function and is perfectly capable of living a normal and fulfilling life. She is witty, charming and intelligent."